The magic of OBD2 furnishes the Wagon All-the-Rs with a plethora of digital gauges. It’s the future! (If all your previous cars were old…)

I stumbled across the R-VIT whilst searching for general Wagon information and thought it might make a neat alternative to a normal boost gauge. When a nice example happened to be available on Yahoo! Auctions as I was putting together the All-the-Rs lowering kit I couldn’t resist and added that to the growing list of bits heading to me via Jesse Streeter.

The R-VIT uses the OBD2 diagnostic port – introduced in the mid-90s* – to display information gathered from the vehicle’s various sensors, from standard data like engine RPM and water temperature to clever stuff like boost solenoid valve opening and 4WD power distribution information.

Physically installing the R-VIT was a little tricky on the Wagon, in part because the OBD2 port didn’t output enough power to run the unit on it’s own but also because there’s no obvious way to mount it either. The first issue is obviously quite normal as the kit came with an extra power lead designed to be plugged into the cigarette lighter socket – I snipped and bullet-connected the wires into a spare power output (and earth) I’d added to the stereo wiring instead. Whilst most Japanese drivers seem to foam tape the unit wherever there’s room I decided to re-engineer some cheap GoPro-style mounting hardware to properly locate it on the top of the steering column, mirroring the JDMny’s boost gauge location quite nicely 🙂 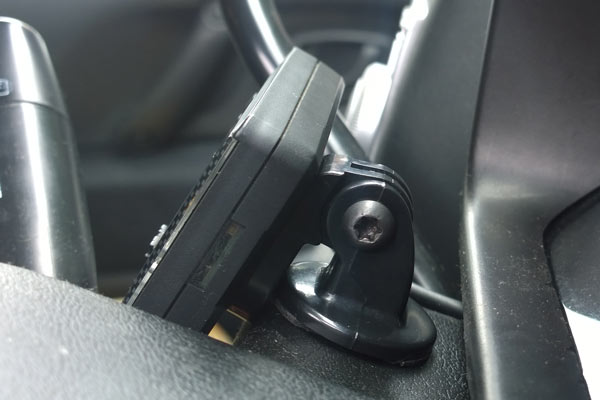 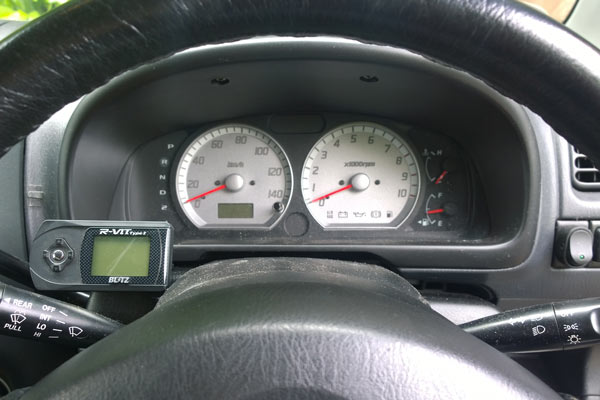 Initial setup is easy – choosing your make of vehicle is usually all that’s required – and then it’s up to the user to configure each of the gauge screens (needle and ellipse meters, bar graph, triple and sixfold monitors) as necessary. Choosing what data to display where can get rather addictive and, with the first three gauges allowing secondary information in a smaller portion of the display as well, quickly becomes quite complex too. I settled on the following, though most of the time it’s used simply as a boost gauge.

Jeep Revival: What Might’ve Been